The following is an excerpt from the chapter 'Rethinking Disability With Justice: Grief as Resistance From the Margins' by A.R. This chapter is part of the new book Not Without Us: Perspectives on Disability and Inclusion in Singapore, which is now available for pre-order!

In my second year of university, I experienced my longest nonverbal episode. The year started off well for me, as I was staying on campus in a two-person room which I thankfully had all to myself. It felt like a sanctuary, a place where I had total control. It was quiet, except for the sounds of insects at night and the laughter of people playing sports in the field right outside my window. Often, I spent evenings at meetings for a research programme before spending the rest of the night in my room reading and studying. Sometimes I would invite friends over, and spend time with them watching turtles and frogs in the pond outside of the building. For months I tried to ignore the numbness I had started to feel in my arms and legs, which eventually developed into debilitating pain around my spine. I had experienced pain like this intermittently before, when I was a teenager, but never to the extent that I did during those months. I sometimes struggled to sit for too long, and spent hours writhing in my bed, trying to find a position which hurt less. It got to the point where I would spend days unable to sleep or eat, missing deadlines and skipping tutorials.

When I finally decided to visit a doctor, he concluded that nothing was wrong with me, and that maybe I was feeling stressed from school. I begged for a referral to a polyclinic and tried to convey the amount of pain I was feeling, but I could sense that he was cynical and doubted most of what I said. I visited another doctor, a woman, who asked if maybe I was experiencing period cramps, and then another who insisted I stopped wearing a chest binder because it was probably the reason for my back pain. When I came back a few weeks later and said the pain had gotten worse even without wearing my binder, the doctor said, “Are you a transgender? Do you want to become a man?” I explained that I was dysphoric around my chest, but I did not identify as a man. I tried to explain that if my binder was not the root of the problem, then I did not need to stop wearing it. “If you don’t want to become a man, then don’t wear” was the answer I got from that doctor. I left that appointment tearful and in complete despair. It was my third appointment with a doctor who refused to believe the pain I was in, and I was no closer to understanding why my body had betrayed me.

This disbelief and lack of empathy extends most brutally to psychiatric patients and the mentally ill. I found Nurul Fadiah Johari’s 2018 piece in s/pores titled “My experiences and perspectives on the lack of empathy in psychiatry” a striking example of this. Fadiah expressed her frustrations about how mental health professionals never validated or gave weight to her visions and intense experiences beyond trying to diagnose and treat her. There seemed to be little understanding of how her trauma was deeply and intricately tied to the systemic marginalisation which she faced, to the extent that her psychiatrist of two years had reduced her struggles to “anger issues”. As she writes,

How can a professional like him understand these complexities, when his training presupposes the mind as an entity detached from its socio-political environment, coupled with his privileges as a straight Chinese middle-class male in Singapore? How would he understand if I were to tell him that a significant amount of my anger stemmed from my experiences with my racist, Islamophobic and sexist ex-partner? His dismissal of my struggles simply as “anger issues” reflects the depersonalised, unempathetic and pathological outlook amongst medical professionals.

I have witnessed similar stories as Fadiah’s in the healthcare system. For months my friend was not prescribed painkillers because they thought her requests for pain medication were a form of drug-seeking behaviour, something which she only found out after repeated enquiries to the hospital staff and doctors who had neglected to treat her pain for close to three months. Ask any brown person and they might have a story to tell about their frustrating and depressing encounters in doctors’ offices, hospital wards or waiting rooms. My grandmother died a few days after a doctor failed to detect what had been a small heart attack which he dismissed as ‘angin’—gas. Several women in my family went years without a diagnosis of endometriosis, because their pain was reduced to menstrual cramps. In these accounts, brown people find little to no relief in the healthcare system. We are often disbelieved, misdiagnosed, shamed.

In her book Medicalising Blackness, Rana Hogarth, an American historian, writes about how black bodies were medicalised differently than white bodies. To some extent this was crucial in establishing anatomical differences used to justify the hundreds of years black people were persecuted under slavery—by saying that black people are more resistant to pain, or intellectually inferior. Sometimes colonisers would characterise rebellions or uprisings as a form of race-specific madness, or assign inhumane violence as an inherent trait of certain races to prove how monstrous and savage they were.

In 1966, in the midst of a US-backed year-long genocide, the American media continuously reproduced the myth that Communists had gone on rampages killing hundreds of people in the streets of Jakarta. A columnist in the New York Times wrote that “Indonesians are gentle … but hidden behind their smiles is that strange Malay streak, that inner, frenzied blood-lust which has given to other languages one of their few Malay words: amok”. Brown and black bodies have been demonised and pathologised throughout medical history, and that fear has crept its way into the seemingly impartial and scientific world of medicine today. The apolitical ideal that medical institutions and practitioners wish to achieve is evidence of the contrary. Far from abandoning its racist and ableist roots, the apolitical doctor refuses to acknowledge the terrible, horrifying origins of medicine and continues to inflict it unknowingly upon their patients.

In his book Birth of the Clinic, Foucault writes about doctors and their necessary role in a larger struggle for liberation.

The first task of the doctor is therefore political: the struggle against disease must begin with a war against bad government. Man will be totally and definitively cured only if he is first liberated: ‘Who then, should denounce tyrants to mankind if not the doctors, who make man their sole study, and who, each day, in the homes of poor and rich, among ordinary citizens and among the highest in the land, in cottage and mansion, contemplate the human miseries that have no other origin but tyranny and slavery?’

Foucault contracted HIV and eventually succumbed to AIDS in 1984. He died in the Hopital de la Salpetriere, incidentally the same hospital he studied in another work, called Madness and Civilisation. I wonder how his last days must have been, whether his nurses and doctors had treated him with compassion and dignity. That would have been unlikely, given HIV was practically unknown at the time. I wonder if any of the doctors who treated him had read his work, or if they saw his emaciated body and thought nothing more of him than just another dying gay man. Thousands of people died terrible, painful deaths during the AIDS pandemic, some shunned even by the medical professionals who had promised to care for the most destitute and hopeless. Queer people today must inherit this grief, a grief which morphs and reconfigures itself when we die without access to gender-affirming healthcare, when we are homeless and sick and destitute. So many of us are violently denied hormones, surgeries, access to necessities because we are thrown out of our homes, disowned by our families. How many of us today are trapped in abusive living conditions because of the current pandemic? We inherit a legacy which is sick and disabled. So much of what we inherit is grief, because if we don’t grieve our queer ancestors, nobody else in the world would.

Excerpted from Work "Rethinking Disability with Justice: Grief as Resistance from the Margins" by A.R. from Not Without Us: Perspectives on Disability and Inclusion in Singapore edited by Kuansong Victor Zhuang, Meng Ee Wong and Dan Goodley (Ethos Books, 2023). Courtesy of Ethos Books.

"misnomered": A chapter from Brown Is Redacted

An excerpt from Brown Is Redacted, a new book published by Ethos Books.

The following is an excerpt from a chapter of What We Inherit: Growing Up Indian, an anthology published by the Association of Women for Action and Research (AWARE) telling the stories of Indian women (and a few men) in Singapore. What We Inherit is now available for pre-order — the link

WTC Long Read: Getting misinformation about the war? Start here.

With some help from friends and readers of We, The Citizens, a starting point for anyone wading through all the social media posts, news reports, misinformation and confusions about the war in Ukraine. 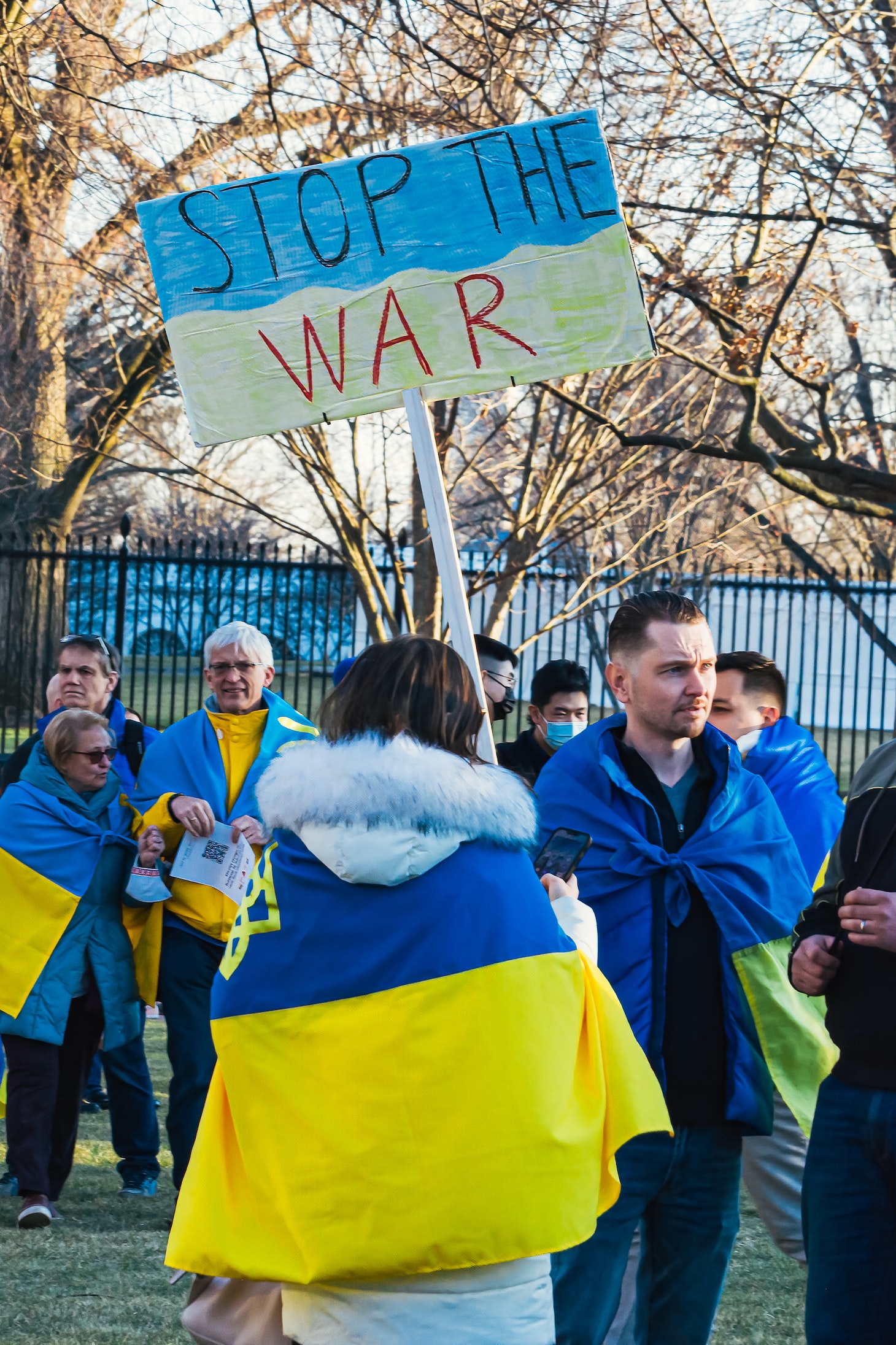